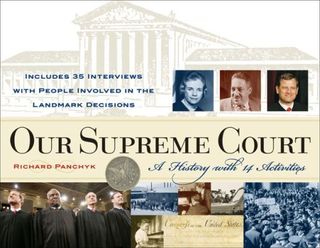 Hidden History of Long Island
A fun-filled thrill ride through Long Island's hidden history that uncovers fascinating remnants of the past.
Westbury from Above

History accompanied by full color images of one of Long Island's most important locales, from a never-before-seen aerial perspective!

New York City History for Kids
A richly illustrated history of one of the greatest cities in the world.
Our Supreme Court
A history of the Court with highlights of the important cases.
World War II for Kids
A history with 25 activities and numerous firsthand accounts by soldiers, sailors, marines, Holocaust survivors, and homefront patriots.

Keys to American History
This book takes the reader on a journey through American history, highlighting 70 of the most important moments in our country's history and providing the context for each of the keys to understanding our history.

Engineering the City
A book that teaches kids how infrastructure works, with fun activities.
Galileo for Kids
A lavishly illustrated book chronicling the life and times of Galileo.
Archaeology for Kids
The primer on archaeology for kids of all ages. Used by schools and libraries nationwide, recommended by several organizations.

The book is truly one-of-a-kind. It features 35 interviews with a wide variety of relevant figures, including legal and political minds, as well as writers and artists. Interviews include Rudolph Giuliani, Mario Cuomo, James Baker, Morley Safer, as well as five former Attorneys General, four former Solicitors General, and a quote from the current Attorney General. Also included are fascinating firsthand accounts from the people whose cases made it to the nation’s highest Court, including Jane Roe, Dollree Mapp, and John Tinker. The book features interviews with nearly every major litigant in the area of freedom of religion, including Barnette, Gobitis, and McCollum. They describe how their cases came about and how their lives changed as a result. Many of these people have rarely spoken out about their casess, and now, for the first time ever, they are all assembled in one book!